Please take a look at the charts representing prices of the LTC/BTC on YoBit and Binance on Aug 6-7th, 2018.

The chart above shows ticker bid price on Binance and ticker ask price on Yobit. It is interesting if we want to buy on YoBit and sell on Binance. All the places where the red line is below the blue line are potential arbitrage opportunities. This chart doesn’t show the commissions nor doesn’t look into depth of the order book.

This chart in turn shows the bid price on YoBit and ask price on Binance. It is interesting if we want to buy on Binance and sell on YoBit – that is the opposite direction than the first analysis.

Now let’s take  a look at this chart representing the arbitrage analysis.

MultiTrader platform has performed cross-exchange order book matching for all the order books gathered throughout the day from YoBit and Binance for LTC/BTC. The analysis has been performed with the assumption that the trade size would be 0.75 LTC – that is around 50 USD. Y-axis of this chart is % of gain on the arbitrage trade. Green line represents the gain % in the direction from YoBit to Binance (buy on YoBit, sell on Binance). Red line represents the loss value for the trades that would be made in the opposite direction (buy on Binance, sell on Yobit).

This is a bit tricky, so let’s stop here for a second. MultiTrader platform draws loss as a positive value as this is very convenient for another arbitrage method – Red Phoenix. MultiTrader arbitrage analysis charts always have two lines – one representing the gain percent in the direction that we chose as the base – in this case it is buy on YoBit, sell on Binance. Second, red line represents the negative value of gain percent – that is loss percent – for the trades that would be made in the opposite direction. That is in this case buy on Binance, sell on YoBit. As the value of gain in the opposite direction is usually negative I call it a loss. As I’ve called it a loss, I can draw this as a positive value. That is why the red line is above 0. It just means that the value of loss is above 0 for all the trades in the Binance->YoBit direction. In case the red line goes below 0, that means that the loss is negative – that actually means that the gain in the Binance->YoBit direction is positive!

So if we look closely, we have following gains (marked with blue circle on the chart)

Important thing to remember here is that this analysis has been performed for the 0.75 LTC trade size. If the trade size would be bigger, arbitrage opportunities would be lower. In order to work around that, MultiTrader supports Adaptive Oscillator strategy, that will be the subject for another article. Basically instead of going “all-in”, MuliTrader just takes what is available – the size of each trade depends on how much is available and with what gain. It can do couple of buys in a row than single sell if it is available so it doesn’t need to stick to the rule that we have one “all-in” buy and then one “all-in” sell.

We are starting with 0.01 BTC and 1 LTC on each exchange. We trade LTC for BTC or the opposite direction so that our overall sum of LTC and BTC is constantly growing. The amounts used for trades are calculated using the mid price. MultiTrader uses predefined value – parameter for the bot – as the amount of the transaction. In this case it is 0.75 LTC. Using the mid price, MultiTrader calculates the amount of BTC that should go into trade. To go into details of the operations that were performed in that arbitrage, please take a look at this diagram:

Here is the summary of our total funds across two exchanges at each point of time:

These are just first two steps from the original list above. As you can see our overall amount of BTC and LTC is growing at each step. What is worth noting, on Yobit our BTC amount has fallen below the starting point. The reason for this is that the price of LTC/BTC fluctuates and between 15:40 and 19:20 it has fallen. As MultiTrader calculates the amount of BTC based on the mid price with some constant amount of LTC, resulting amount of BTC taken for transaction at 19:20 was lower than the amount of the transaction at 15:40. This is not a reason to worry – overall we are all the time above our starting level. The fluctuations of the price happen both ways so after couple transactions, the balance will be restored.

In next part I am going to present next method called Red Phoenix. 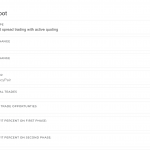 December 1, 2019
The bot actively quotes on one quoting exchange with the use of the limit orders, adding the predefined spread to the price... 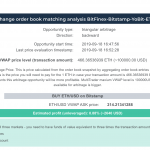 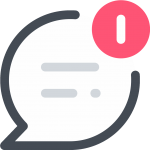 August 16, 2019
Until now the MultiTrader has been operating only for narrow group of people. Right now MultiTrader team started the work to enable user registration.... 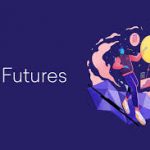 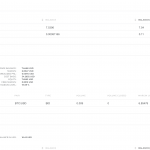 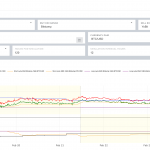 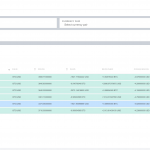 February 14, 2019
Users can export their trade history to CSV files. 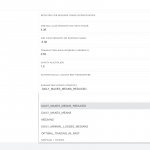 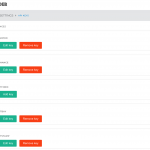 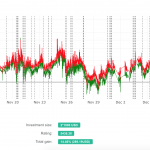