Exchange integration layer is part of the MultiTrader platform that is responsible for hiding the complexity of the communication mechanism and the differences of the APIs between the exchanges.

REST and Websocket are two different types of protocols that may be used. REST protocol is used to trigger single time read or write operations via the API. REST operations are initiated by MultiTrader. When MultiTrader calls an exchange via REST interface, it receives just single response for its query, a snapshot of the price data of the exchange from the moment when it was called. In case the state of exchange changes, MultiTrader will not receive any updates. This is PULL operations model. If the exchange exposes its data via Websocket connection, than it will PUSH the updates to the MultiTrader. Only few larger exchanges support this protocol, however it becomes more and more popular also across smaller exchanges.

Exchange integration layer provides set of functions that are common across all the exchanges:

Each exchange uses different ways to communicate via its API. Each exchange is using slightly different terminology, can have different logic around order types and has different limits and validations that it applies to orders.  That is why creating single layer that hides  these differences is so challenging. Thanks to this layer, all the differences between exchanges are transparent to other parts of the system.

For example if the exchange allows just for one call on its public API per second, our price data may be at most 1 second delayed.

There are some worse cases – in case the exchange has poor API that allows to query just for a single currency pair at once, we need to do separate queries for each cryptocurrency pair that we are interested in. If we would like to monitor 10 different currency pairs on this exchange, that means we will be getting updates for each currency pair every ten seconds. Fortunately majority of the exchanges allow to query for prices and order books simultaneously for bigger number of currency pairs.

Working around the limitations

It is not the best idea to rely on the delayed prices in the arbitrage trades. We need to have values that are at most 1 second delayed. That is the most common limit API access limit across many exchanges. We can’t get anything better than this one. But we can work around the problem of combination of poor exchange API that allows just for single ticker query and the rate limiting. In worst case scenario our prices could be delayed by as many seconds as many currency pairs we would like to monitor on that exchange.

So, in order to work around that MultiTrader exchange integration layer has direct market access mode that is enabled for trades. The monitoring of the prices has lower priority than the trading. In case the bot plans to perform the trade it goes to the exchange using direct market access, gets higher priority than the monitoring components and instantly (with at most 1 sec delay) confirms the price on which it wants to perform trading decisions. 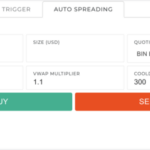 December 28, 2022
Active-Spreading is the most advanced type of spread orders provided by BitSpreader. Active-spreading is using the combination of limit and market orders to execute... 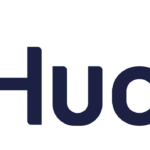 December 15, 2022
We have removed the integration with FTX and we have introduced the new integration - with Huobi. Huobi provides coin margined futures as well... 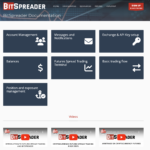 November 2, 2022
As the futures spread trading is not a basic trading strategy we have decided to invest a lot of efforts into creating detailed video... 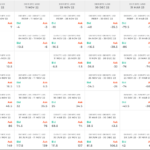 October 20, 2022
Spread Matrix streams current values of cross-exchange and intra-exchange spreads. You can choose any combination of exchanges, LEG1 instruments will be on vertical axis,... 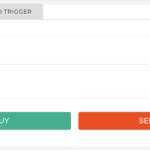 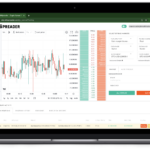 September 6, 2022
On 19th September 2022 we are going to release first publicly available version of BitSpreader - futures spread trading platform. BitSpreader is design to...

September 1, 2022
Find our full article on Introduction to futures spread trading on Medium.com What is spread? Spread is price difference between two futures contracts. This difference is not... 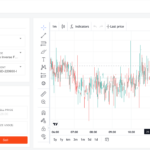 May 17, 2022
We have started the testing of the first version of the Futures Spread Trading platform with the set of experienced spread traders. The first... 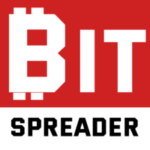 March 5, 2022
After turning towards Futures Spread Trading we have decided to launch separate brand for the trading platform. Legacy trading platform that focuses on spot...